> How to Transfer Music from Computer to Google Pixel 3 XL

How to Transfer Music from Computer to Google Pixel 3 XL

Google Pixel 3 XL smartphone was launched in October 2018. It is the larger of the two flagship phones from Google in 2018. The phone comes with a 6.30-inch touchscreen display with a resolution of 1440 pixels by 2960 pixels, powered by 2.5GHz octa-core (4x2.5GHz + 4x1.6GHz) processor and it comes with 4GB of RAM. The phone packs 64GB of internal storage that cannot be expanded. The new Android 9 Pie OS brings design changes, the new gesture-based navigation system (which may be the default on the Pixel 3 for the first time), a handy screenshot editor tool, AI-powered brightness and battery features, a completely overhauled multitasking screen, and Digital Wellbeing.

Step by Step Guide: How to Transfer Music from Computer to Google Pixel 3 XL

There are many music transfer programs available to transfer music between computer and Android phone. To perfectly transfer music from computer to Google Pixel 3 XL, Google Pixel Transfer is highly recommended for you. As a professional phone management tool that allows you to manage, transfer and backup data such as video, music, SMS, photos, contacts, audios, documents and more to your phone. Transferring music from computer to Google Pixel 3XL would be a breeze. With this free Google Pixel Transfer, you can transfer files including contacts, apps, text messages, music, movies, videos, pictures from computer to phone freely. Plus, it also enables you to sync all your content such as contacts, call logs, messages, photos, music, videos, etc from one phone to another Besides, you can find more handy tools on the Toolbox, such as ringtone maker, audio/ video converter, video downloader and more.

Run this Google Pixel Transfer program and connect your Google Pixel 3 XL to computer via USB cable. If it was your first time connecting the phone to your PC, the program would install USB drivers for the Google Pixel 3 XL on your PC automatically. After your phone is successfully detected, you can find five tabs including Apps, Contacts, SMS, Media, Photos on the left panel. 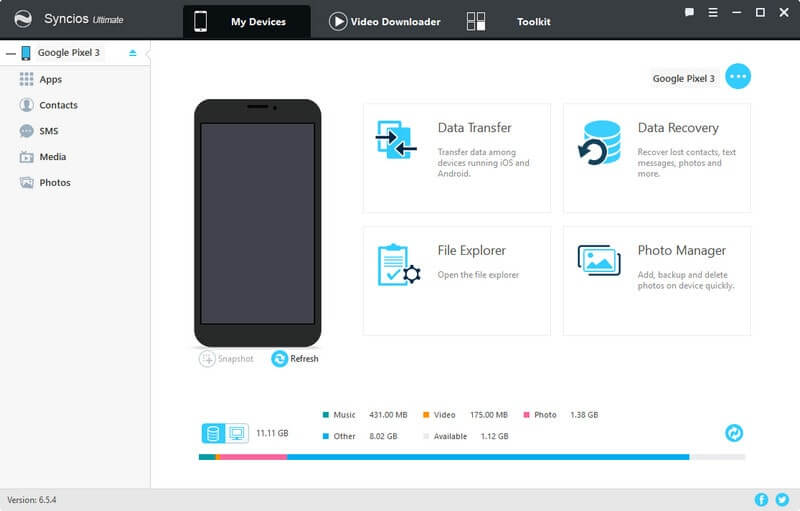 Under My devices, click Media on the left panel, all of songs and detail information will be listed out. You can easily delete, import or add new songs to Google Pixel 3 XL by using the certain feature key. Click on Add button on the menu bar and you will have two importing form to choose - 'Add File' and 'Add Folder'. 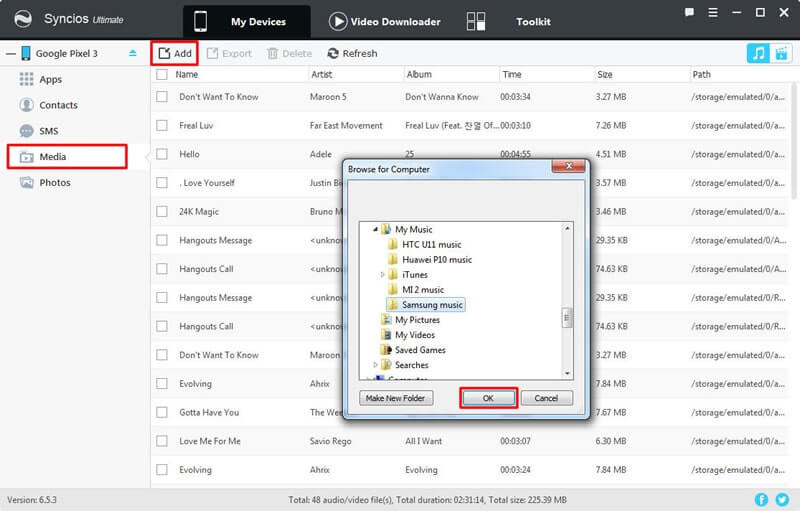 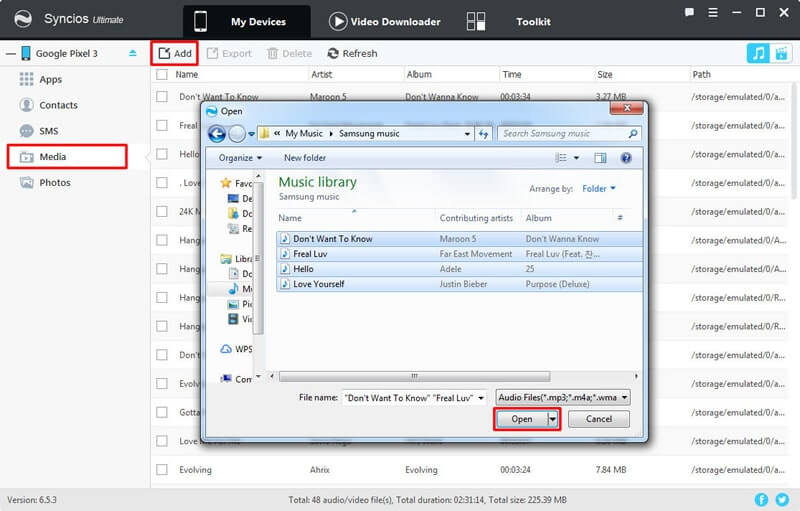